On 5 September 2019, the public took to the streets of Cape Town to protest and demonstrate their solidarity with those who have survived gender-based violence. Marching in memory of Uyinene Mrwetyana and alongside the campaigns of #AmINext and #NotInOurName, protestors raised placards, sang songs and chanted outside Parliament to call for an end to violence against women. 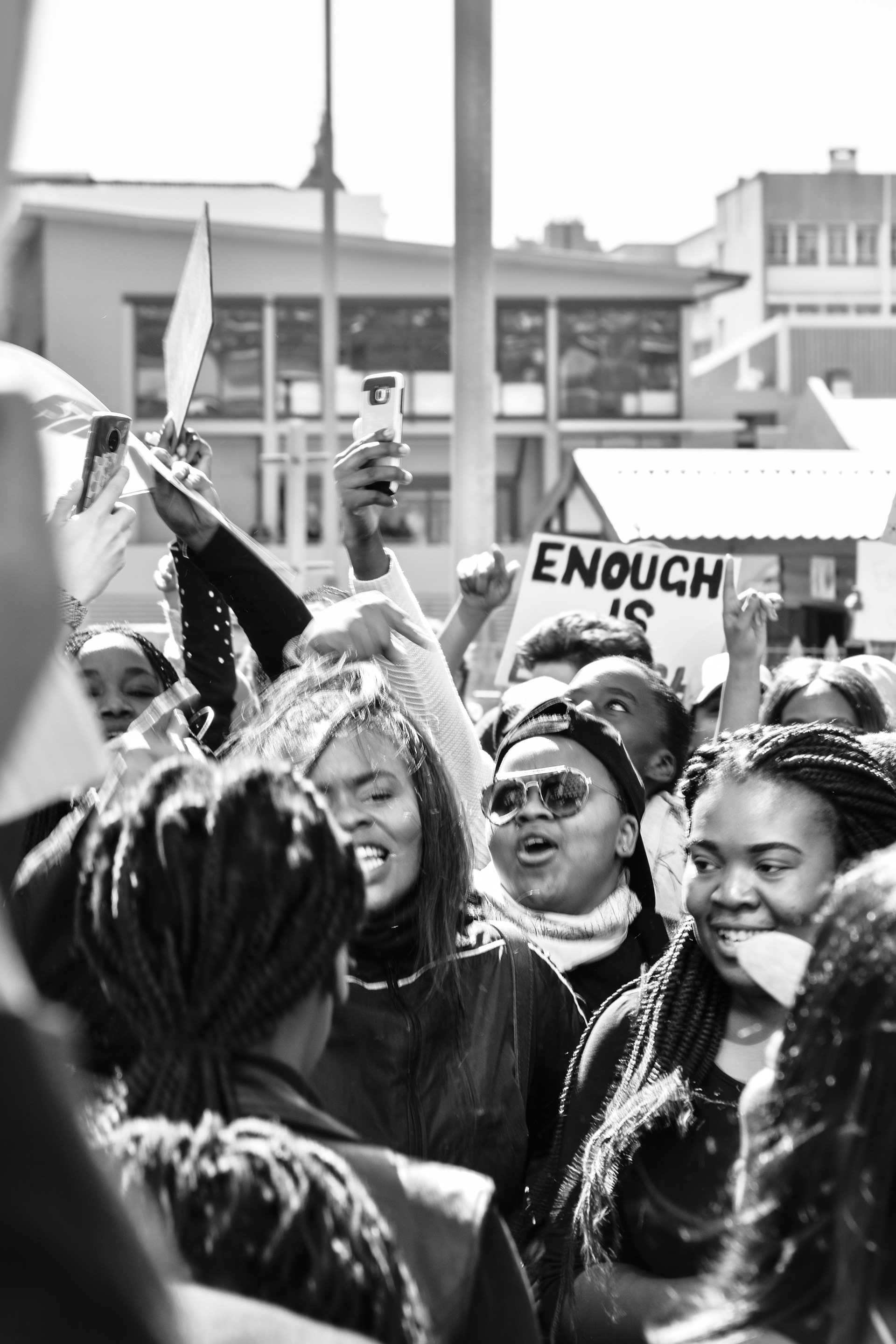 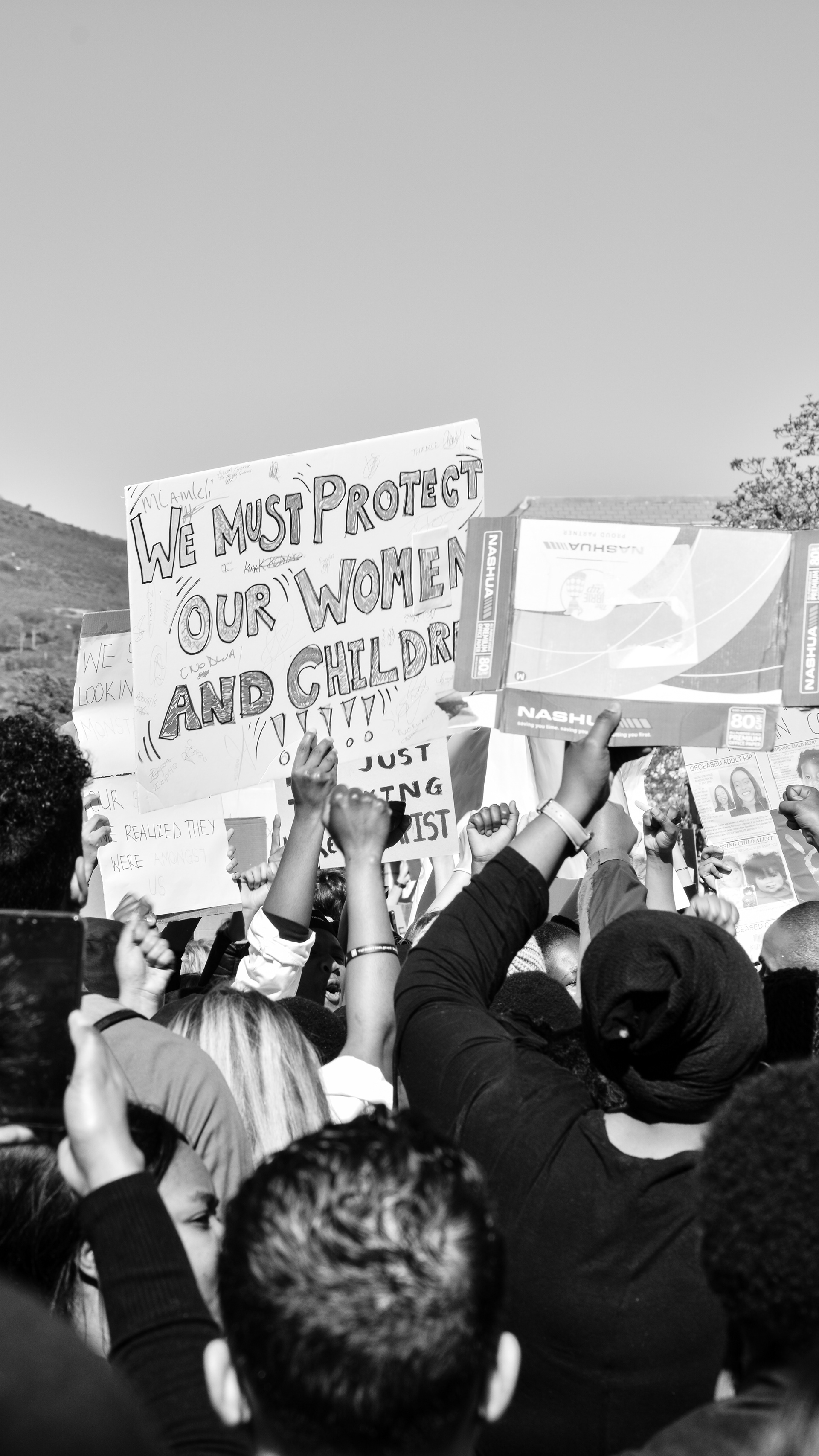 Protestors demanded to speak to President Cyril Ramaphosa following outrage over the murder of 19-year-old UCT student Uyinene Mrwetyana. Mrwetyana was raped and murdered after collecting a parcel at a post office in Claremont, Cape Town. Women carried placards calling for an end to gender-based violence and more action to be taken against perpetrators of violence against women and children. They also criticized police for responding to protests but not being at crime scenes when women call for help.
In a statement released this week, President Cyril Ramaphosa said that violence against women has become a “national crisis” and that there has been “progress” towards establishing and reviewing laws on domestic violence and sexual offenses in a bid to prioritise survivors of abuse. 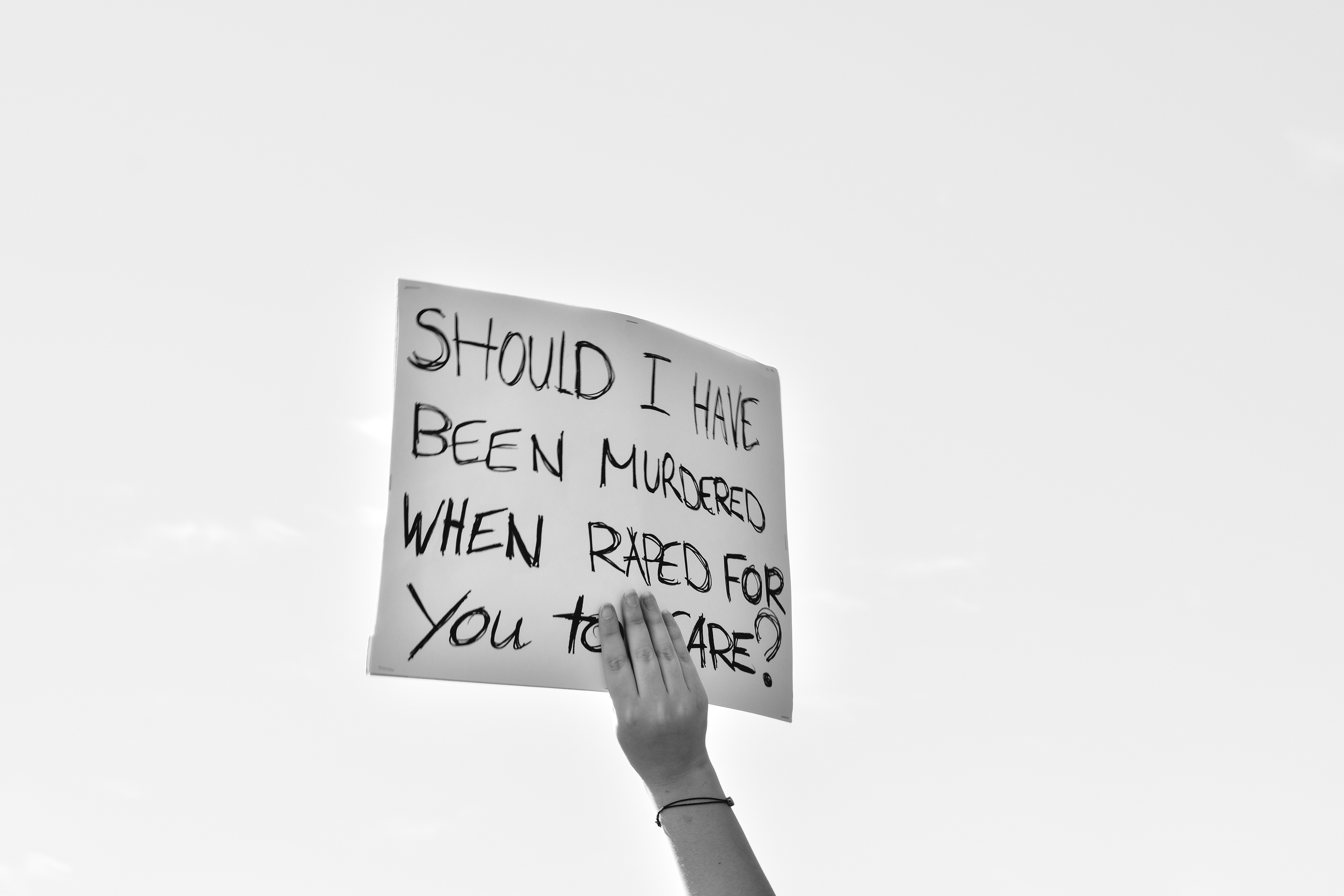 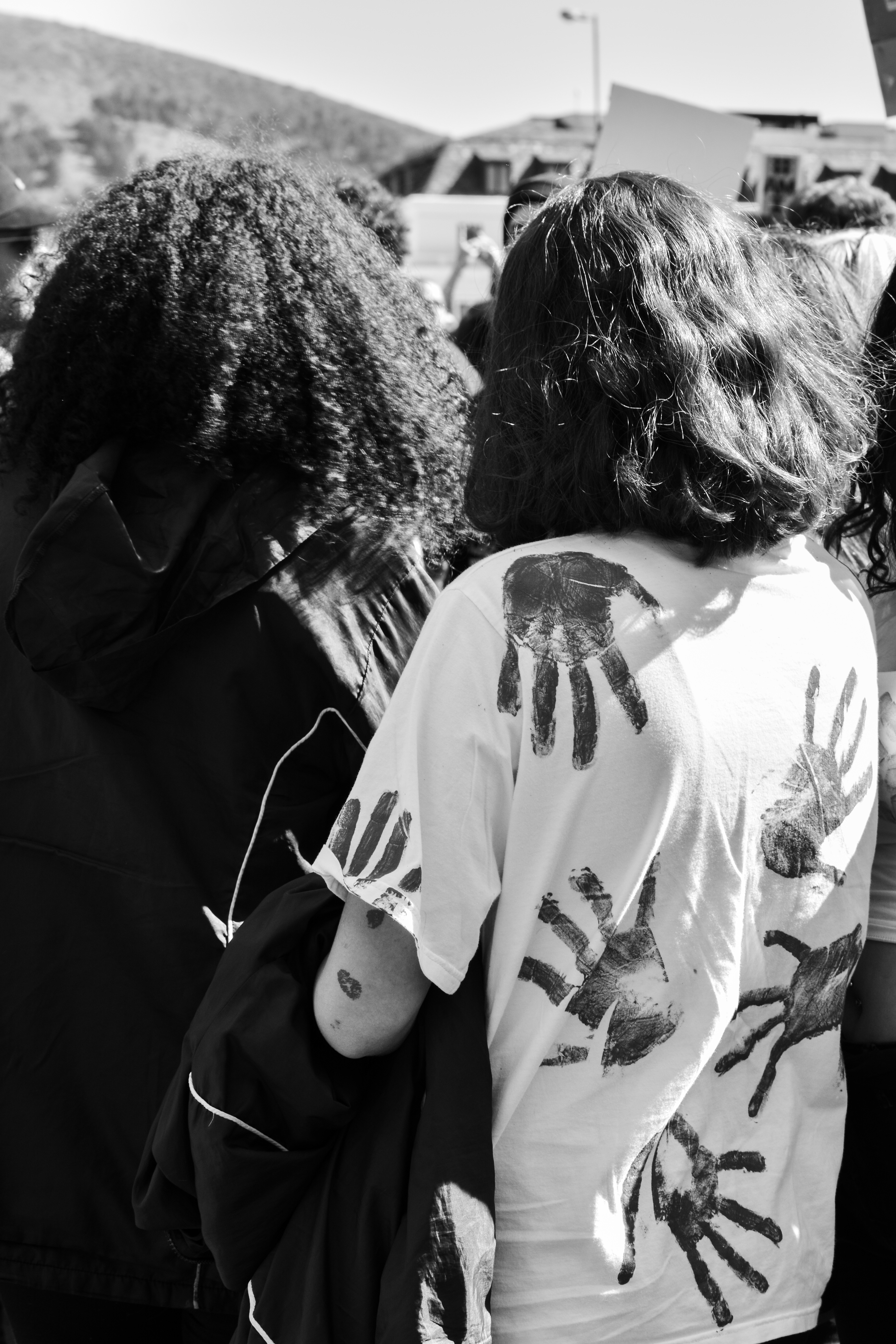 South Africa is one of the most violent countries in the world for women to live in. According to Africa Check, the most recent data indicates that a woman is murdered every 3 hours in South Africa and there were almost 3,000 adult women murdered in 2017/8. According to the World Health Organisation, South Africa has the fourth highest female interpersonal violence death rate out of the 183 countries. 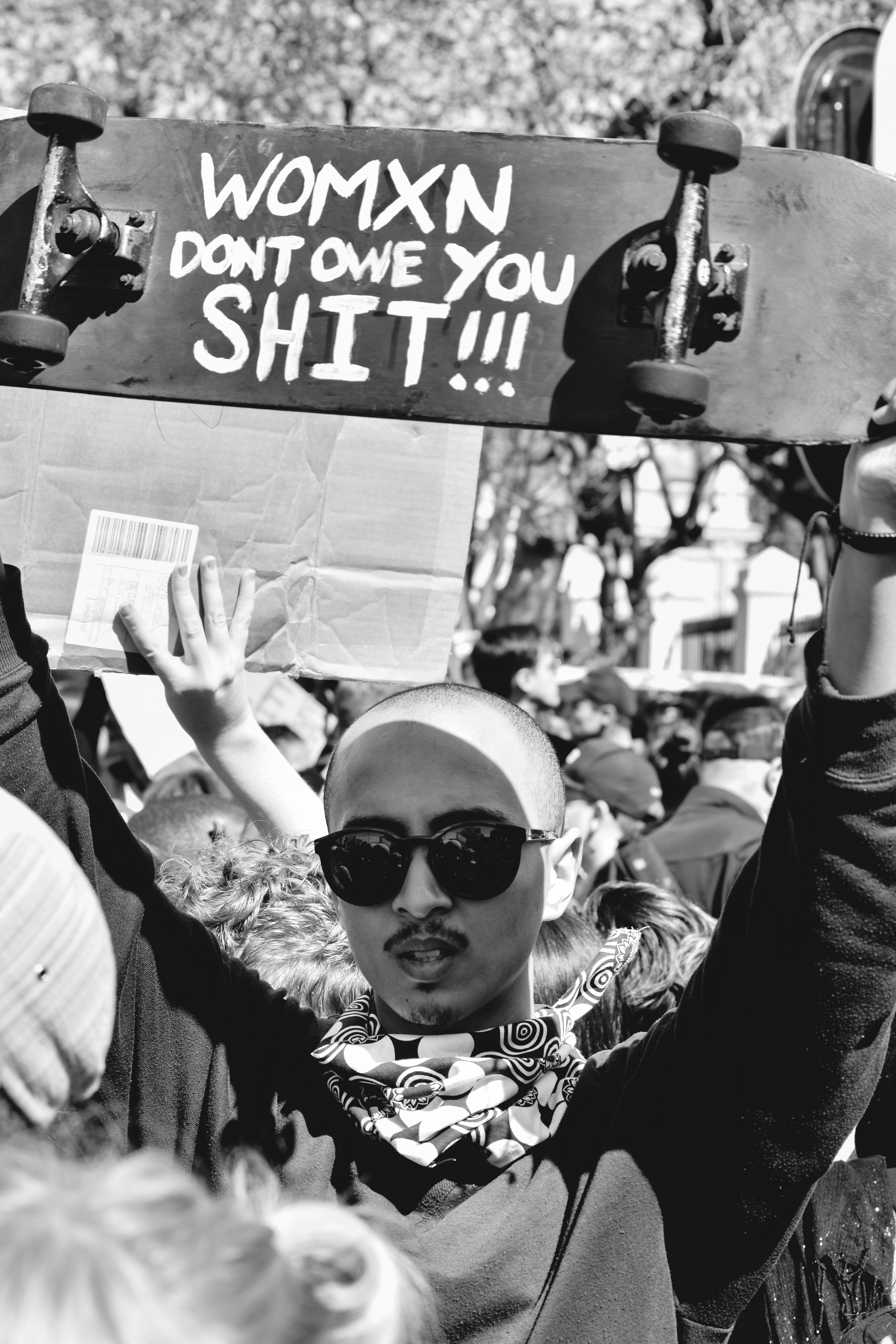 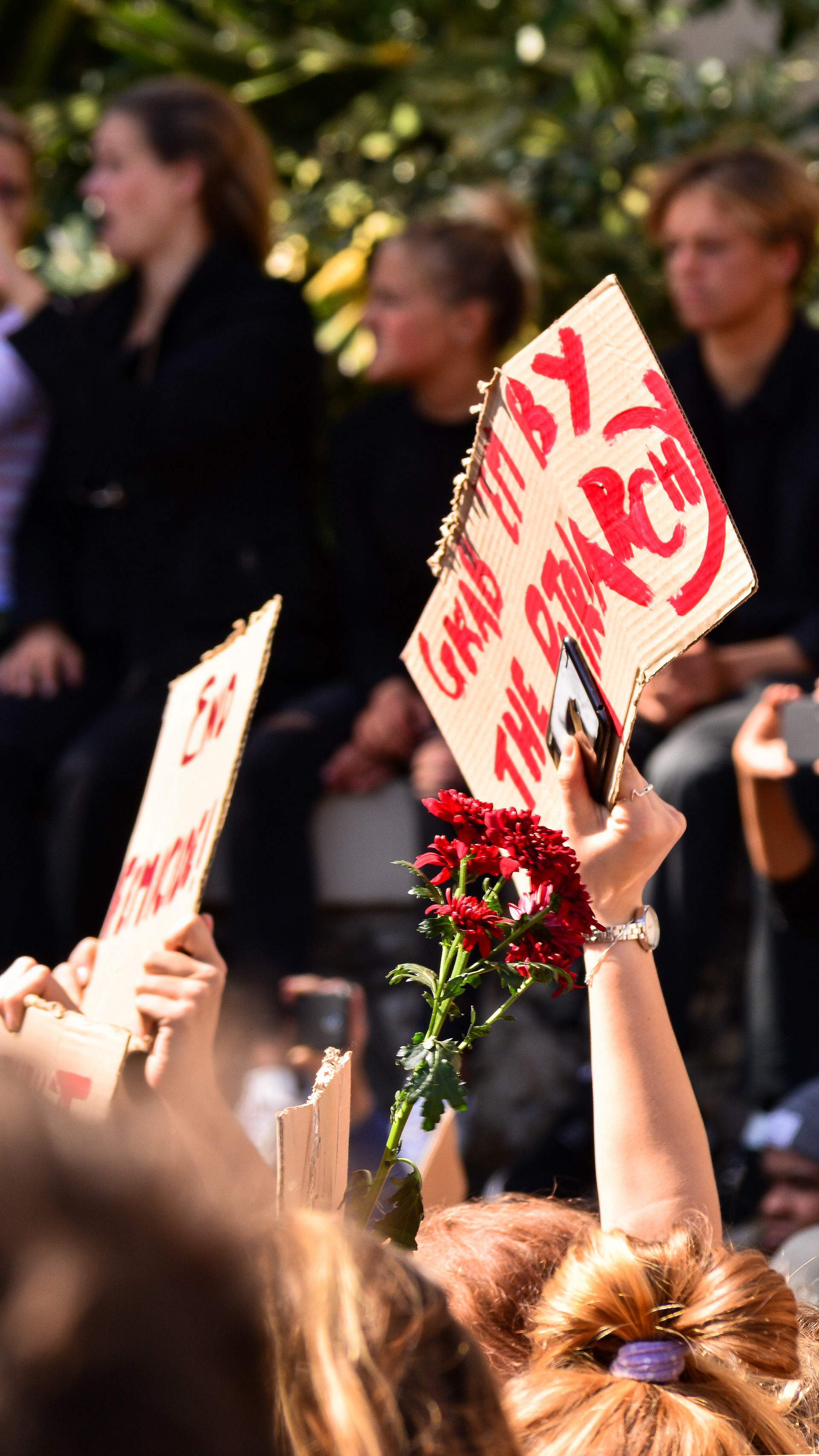 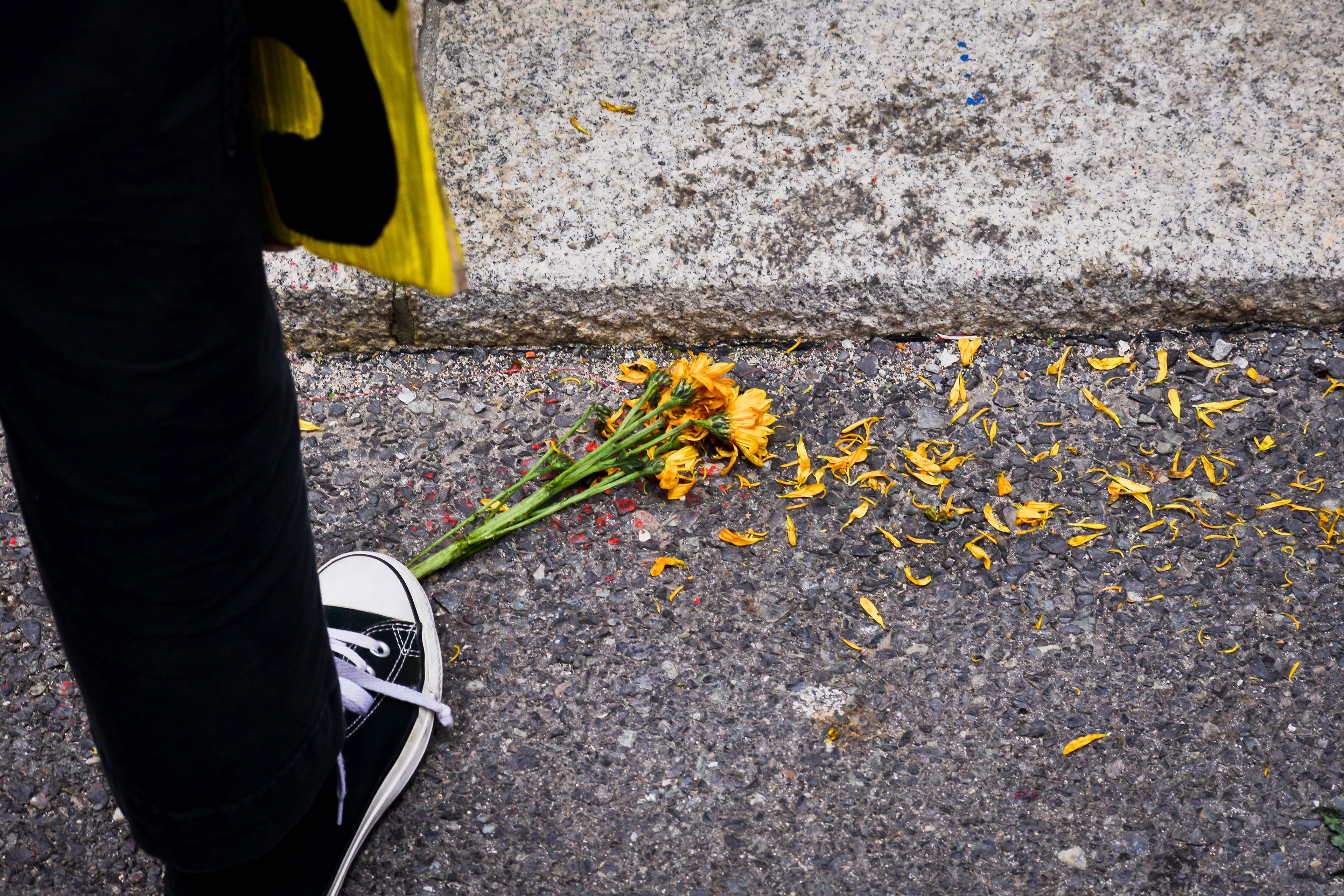 Set against the background of Parliament, a protestor calls for men to interrogate their culture. Highlighting #TransLives Matter, the protestor asks men to question the small acts that underline patriarchal hegemony.

While protestors surround a shrine for the recently departed Uyinene Mrwetyana, a placard calls for the public to 'remember Khwezi'. Known as Khwezi to many, Fezekile Ntsukela Kuzwayo was a remarkable, resilient woman who withstood a vitriolic backlash after accusing the then deputy president, Jacob Zuma, of rape.
Wednesday 4 September
Another march to Parliament happened the day prior, which also showcased and demonstrated the public's solidarity with those who have survived and lost their lives to gender-based violence. Protestors marched through the streets of Cape Town from Parliament to the Cape Town International Convention Centre, the venue for the World Economic Forum conference. A memorial for Uyinene Mrwetyana occurred shortly after the march at the University of Cape Town. Police used water cannons and stun grenades throughout the week to disperse protesters. 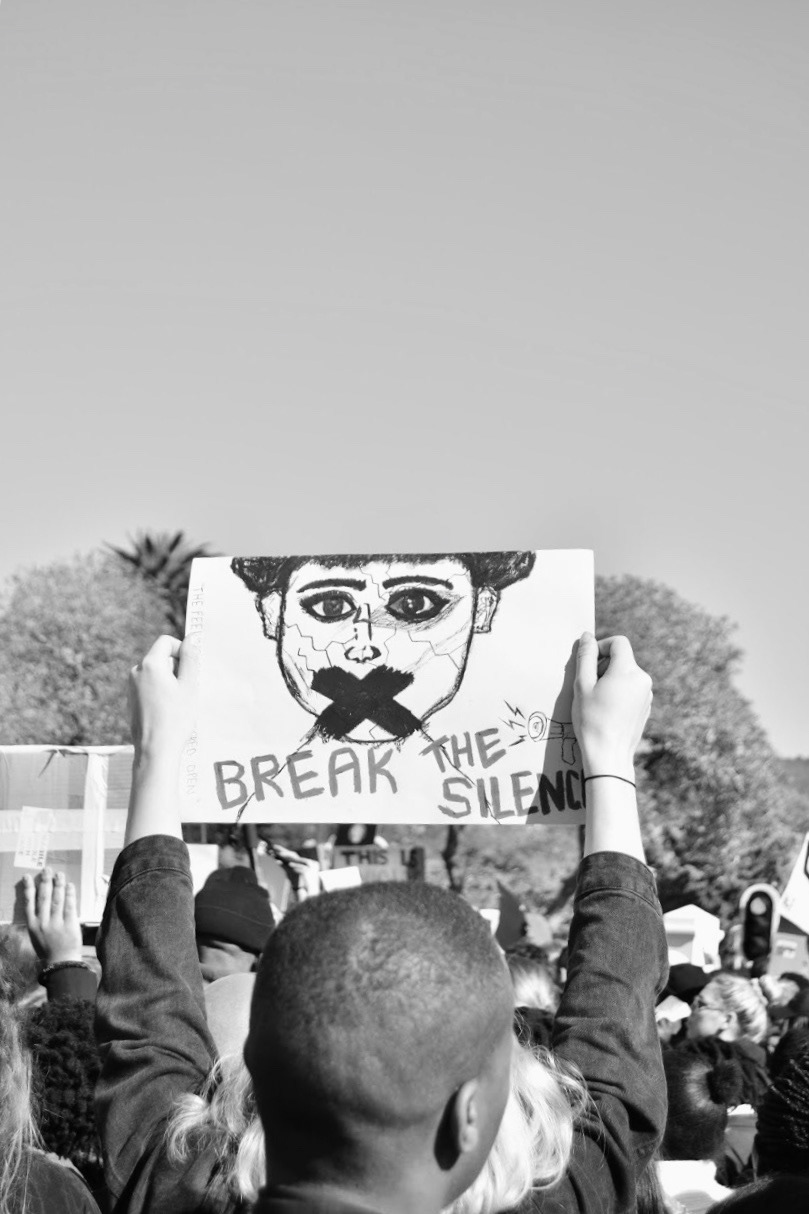 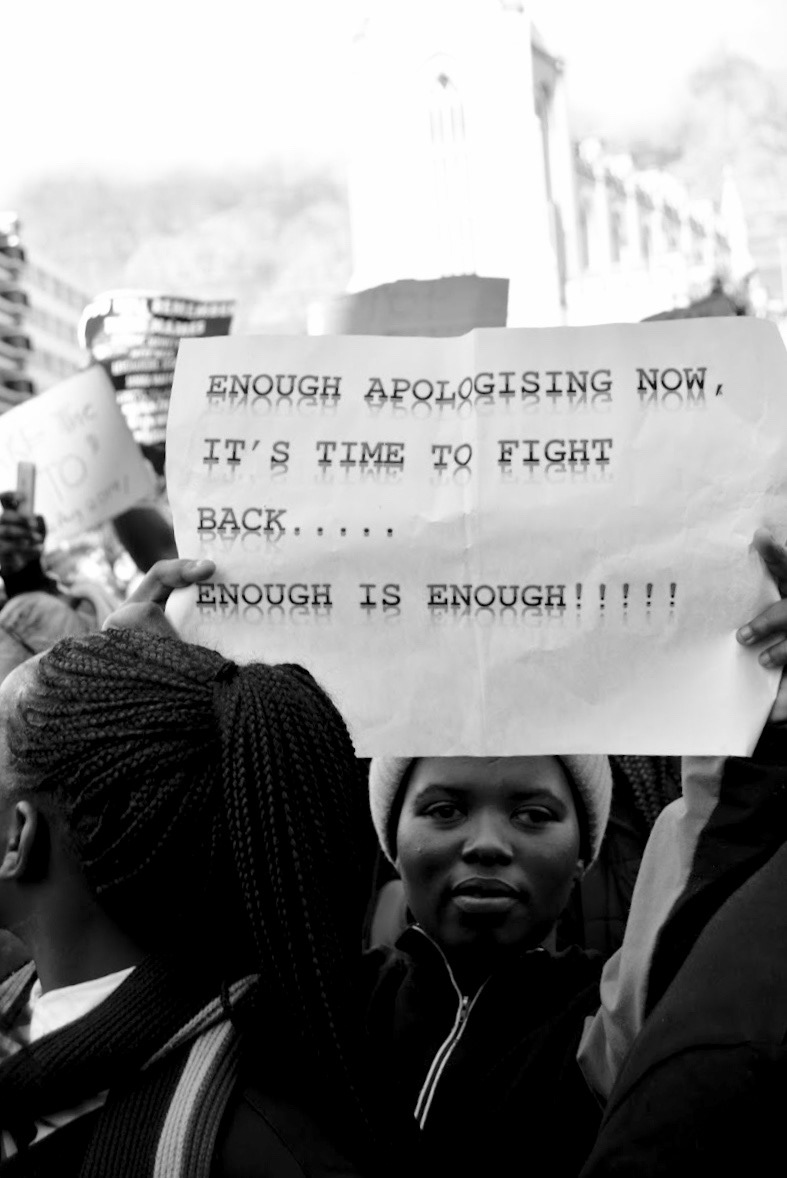 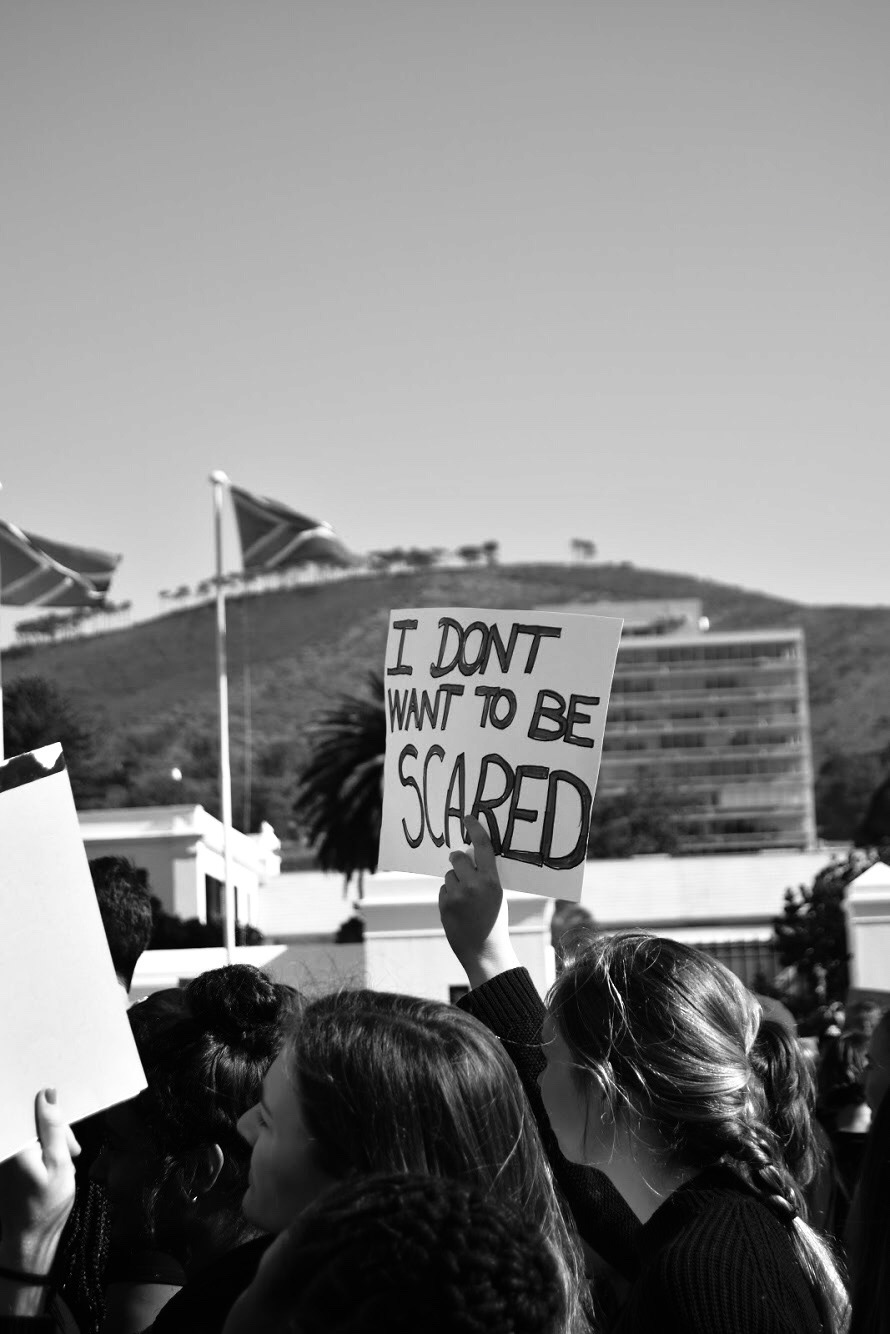 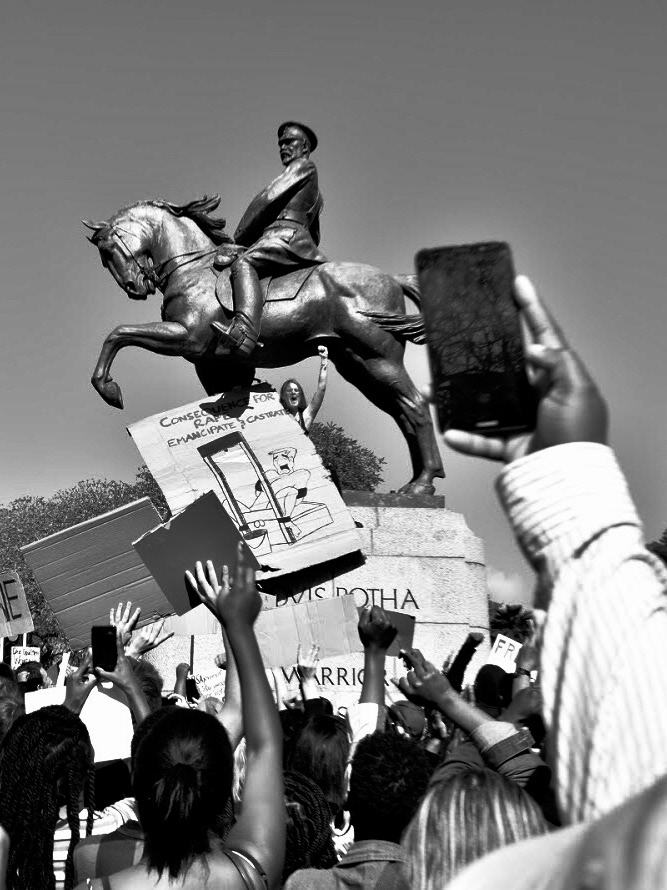